The period between mitotic divisions – that is, G1, S and G2 – is known as interphase.

The replicated chromosomes are attached to a ‘mitotic apparatus’ that aligns them and then separates the sister chromatids to produce an even partitioning of the genetic material. This separation of the genetic material in a mitotic nuclear division (or karyokinesis) is followed by a separation of the cell cytoplasm in a cellular division (or cytokinesis) to produce two daughter cells.

In some single-celled organisms mitosis forms the basis of asexual reproduction. In diploid multicellular organisms sexual reproduction involves the fusion of two haploid gametes to produce a diploid zygote. Mitotic divisions of the zygote and daughter cells are then responsible for the subsequent growth and development of the organism. In the adult organism, mitosis plays a role in cell replacement, wound healing and tumour formation. 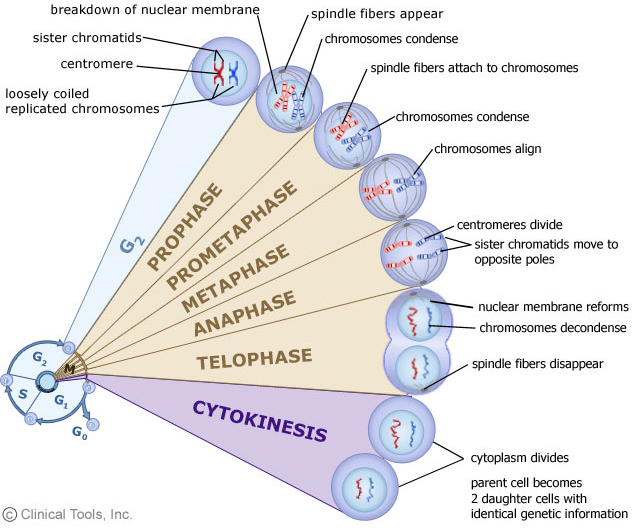